Congratulations to Ron and Xavier, we cordially invite you back to feature Sept 2nd

We have a wonderful line-up of featured tellers in August, and we cannot wait to share them with you! Reggie Eldridge, Dana Noris, Jen Bosworth, Vernon Mina and Lily BE, all in one room!!! Join us August 5th for Here’s the Story’s next show!

Dana Norris is the founder and host of Story Club. She once went on 120 internet dates and writes about those mistakes for the websites In Our Words and Role Reboot. She has been published in McSweeney’s, the Tampa Review, and her stories have been featured on Vocalo.org (89.5 FM). She performs around Chicago with Mortified, The Kates, Essay Fiesta, This Much is True, Beast Women, and many others.

Dana loves hosting Story Club and she especially loves it when someone reads for the very first time.

Reggie Eldridge is a Chicago-based writer, educator, musician and performer. Since 2006, he has toured the United States and beyond as a performance and slam poet, including four consecutive years as a finalist in the Southern Fried Poetry Slam. He has released two chapbooks and three albums.
In 2009, he co-founded Sacred Sounds Poetry, Tampa, Florida’s first and only PSi-certified poetry slam. Sacred Sounds hosted the 20th Annual Southern Fried Poetry Slam in 2012.

Reggie has lectured in a variety of spaces on the role of the arts in the construction of identity, and seeks to expand the dimensions of research on performance and slam poetry.

Find out more about Reggie Eldridge at www.reggieeldridge.com

Vernon Mina is a writer, actor, and improviser who is a graduate of Second City’s Improv & Music Conservatory. He is also the Sales and Marketing Director at the Chicago Tribune. Born in Honduras and raised in Chicago, he has performed at Second City, Comedy Sportz, Sketchfest, the Pink Line Fesitval, the Viaduct Theatre and can be currently seen performing with his Comedy Sportz team Viet-om-nom-nom-nom. He can also be seen performing in August at the Annoyance Theatre as part of their Triple Feature bill. Vernon has the greatest title ever: Husband and now Father. He is an enthusiast and an approachable skeptic…please stop by after the show to say hello.

Lily BE caught the attention of the storytelling world in 2010 when her name was drawn from a hat at Grown Folks Stories, a monthly live story telling event hosted by Cara Brigandi. A Chicago native with roots in Humboldt Park, Lily BE resides in Pilsen with her adopted Siamese cat and her sixteen year-old son Xavier, who also tells stories.

Lily BE is working with T.R.I.B.E.S. Radio Que4.org to launch Stoop-Style Stories, a storytelling radio show that premieres on August 17th, and will air every Friday from noon to 2pm.

Lily BE would like to acknowledge, Sonya Gonzalez, for throwing her name in that damn hat without her knowledge.

Jen Bosworth is a performer and writer from Evanston. She is currently working on her one woman show “Why Not Me,” which opens on November 16 at Stage 773. The show centers around cancer, love and Jack White. Jen is super happy to be performing a second time at “Here’s the Story.”

Gel nails first appeared in the U.S. in the early 1980s, Nail gel
but were met with limited success. At the time, Nail care
the manufacturers of gel lights and the gel itself had not joined forces, magnetic gel nail polish
not yet recognizing the need to precisely match the intensity of the light to the photoinitiators in the gel.Best gel nail polish
Nail techs and clients soon found out that ­using the wrong light or applying too much gel caused a burning sensation on the client’s fingertips.Buy gel nail polish
Additionally, education on gel application was limited, leaving nail techs in the dark about the product, and home-use ­systems were introduced around the same time, damaging the reputation of salon-use systems by ­association.luxury nail gel
By the end of the ‘80s, many companies had pulled their gel products from the market.
Nail gel 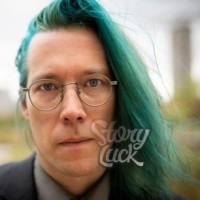 Permanent link to this article: https://storyluck.org/august-5th-feature-list/

Comments have been disabled.