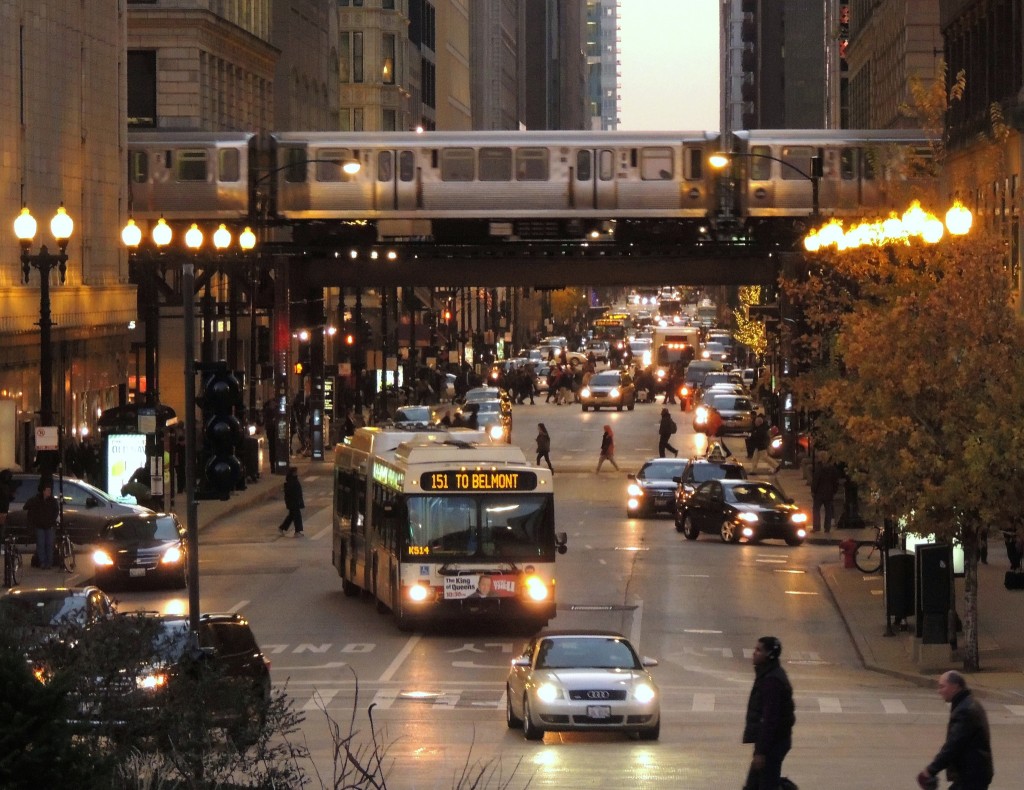 So confession… I’m kind of a crappy Chicagoan (let me put in the caveat that I’m from the Western suburbs before I have the real city dwellers jumping down my throat). I’m a crappy Chicagoan in more than a few ways. I prefer my hotdogs with plain ketchup, and I tend to root for the Packers when I care about football at all. Heresy, I know.

But worst of all is that until this June when I went downtown for the Printer’s Row Literary Festival, I hadn’t ever ridden Chicago public transit with the exception of the BNSF line to and from my suburb into Union Station. Maybe I’d ridden the El once with my mom, but I’d always been someone who would rather pay the astronomical parking rates than get lost. At school in St. Louis, I ride the Metro fairly often, which is probably only because there are only two lines so it’s hard to screw up.

My lack of familiarity with Chicago Public Transit goes a little deeper than the way I prefer my hotdogs. It’s more embarrassing, because it represents an ignorance of the city I live in and an abused privilege that I was always able to pay for parking garages that kept me from experiencing the stickier parts of living in the city, like having to walk places, ride with strangers, and memorize the paths of various bus lines.

Something happened to me, though, the other day. I had an experience where I was driving downtown to get brunch with a friend, and even though I was due to be in Lincoln Park later for a Storyluck meeting, my first instinct was to park near the Loop (and pay $20) only to move my car to Lincoln Park later. I had yet to discover the glory that is the 151 from Stockton to Millennium Park. I was using the GPS on my phone (yes, in a city that I have lived in/near for 20 years), and I went down into Lower Wacker. Of course, I lost connection, ended up all turned around by the time I got above ground again, and proceeded to hyperventilate over the fact that I couldn’t tell which streets were one-way. I ended up cancelling my plans after I had already paid for the first half hour of parking. I called my mom freaking out, only to realize that the reason we’d never used public transit growing up was because she didn’t know how to either.

This marked a complete failure for me. I knew my friend Michael was coming to visit from St. Louis, and I needed to prove my prowess as a real Chicagoan, especially since he’s from Los Angeles originally. This may not have been the noblest of reasons to start riding more public transit, but it was my first reason. So before he came to visit last week, I spent a good hour on Google maps trying to plan every possible place we could be travelling to. I memorized the bus numbers that would take us where we needed to go, made sure I had exactly $2.50 in change several times over, and set off planning the rest of his trip.

We were supposed to meet our other mutual friends at Navy Pier later, and parking would have been a nightmare. But I had other plans. We parked near Clark in Lincoln Park, which was free, took the 151 from Stockton to Ohio and Michigan, and arrived blissfully early to Navy Pier. Okay, so we had a minor detour, where I got off at Navy Pier instead of LaSalle, but I had to admit it all tasted a little sweeter knowing I got there on my own and hadn’t taken the easy way out.

Our other friends ended up paying $40 in parking that day. Since then, I refuse to drive if I can bus it. I know that sounds like a pretty miraculous turn around, but I swear it’s true. I’ve always found driving in traffic and near pesky pedestrians stressful, so if there’s a way to avoid it I will.

Here are some of my favorite things about public transportation:

I’m pretty sure Michael knew I was a big phony with all my compulsive checking of bus schedules, but I think he appreciated the effort. That’s all I’m doing, making an effort to interact with my city on a more frequent basis.

This story was originally published on my personal website www.jacquelinebrogdon.com.

Permanent link to this article: https://storyluck.org/the-151-from-stockton/