TGI Friday’s or How I Destroyed My Dignity

Yes, yes, I know we were allowed to destroy sentimental objects in ways OTHER than setting them on fire. But from the moment I saw the task, I knew that for me, fire was the only way. Luckily a number of other people at the show felt the same way, so we agreed to meet on a Sunday evening in Hyde Park to set some stuff aflame.

But until the night before our meeting, I hadn’t decided the most important thing: what was I going to burn?

I moved here from LA 3 years ago, and I didn’t bring a lot with me. I’ve accumulated things since then, but it still mostly fits in my 20 by 20 foot room. Luckily, almost everything I own is flammable. By weight, about 90% of my possessions are either things I’ve made out of wood, or pieces of paper.

Some of these pieces of paper are rather big. 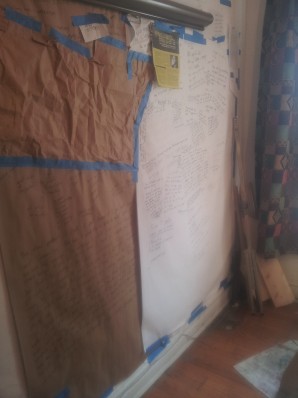 Some are bound into composition books. 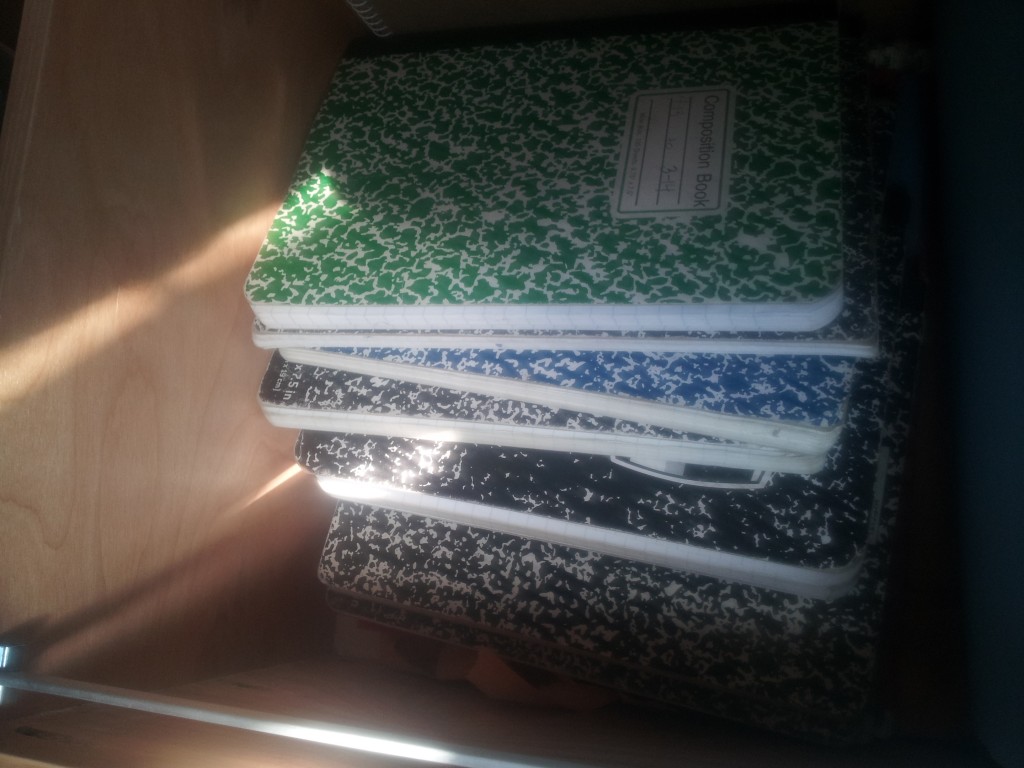 Many of them are on my walls. 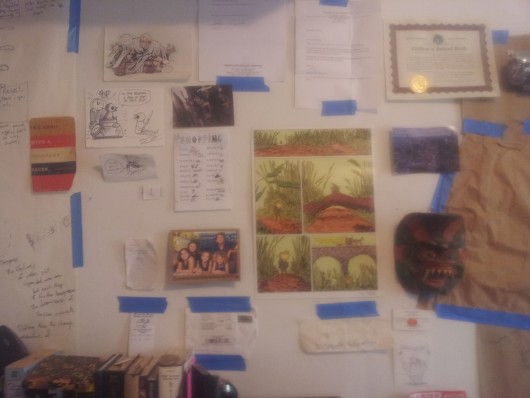 All, or almost all of them have sentimental value.

Hours before we were supposed to meet in Hyde Park, my eyes fell on a little pink piece of paper that I didn’t remember holding onto. It was a movie ticket.

Shellie Fleming was a film professor at the School of the Art Institute of Chicago, where I got my Master’s. I TA’d her class on film editing, and despite not having to attend the classes, I found myself going to half a dozen simply because they were so fascinating. Shellie was supremely insightful, had excellent taste in film, and made me watch movies in an entirely different way. Her teaching style was tough but fair, and she had excellent rapport with her students. When I became a professor at the school a year later, I modeled my teaching style on hers. The semester after I TA’d for her, she died.

I say I became a professor at SAIC, but I never actually applied for the job. A few days after I graduated, the head of the Liberal Arts department simply emailed me and asked if I’d like to teach. I’d been frantically trying to figure out what to do with my post-graduate life, and I jumped at the opportunity. One of the best years of my life ensued.

During my final meeting with the head of the Liberal Arts department, at the end of my year of teaching, I finally asked:

“Don’t take this as a lack of gratitude, but why exactly was I hired for this position?”

“Shellie Fleming recommended you,” he replied, “We were riding the elevator together one day, and she said to me ‘Cory O’Brien is a born teacher. You need to let him teach.'”

I was floored. This woman was responsible for the entire last year of my life, basically, and I’d never known to thank her for it., and she was gone now.

A few days later, I saw a poster for a retrospective screening of Shellie’s work. Obviously, I went. It was a combination screening and wake, the most beautiful event of its kind that I have ever seen or hope to see. Her films … I can’t recount them. They were abstract. Visual, impressionistic monologues. They got into my head so that I know I have new thoughts in there, but I can’t tell you what those thoughts were. What I can tell you is that they were wise things.

Shellie was a wise woman. In her final illness, she comforted her friends and family. She was at peace with death, with impermanence, with disappearing. Her last project was a book of things she’d learned over the course of her life. She printed five of them, and gave them to close friends, with instructions to pass the books along when they’d been read. That was the sort of thing she did.

So I burned the ticket stub. The pink paper turned instantly and completely black when it touched the flames. And in a moment it was gone.  It seemed like a proper ending to the story.

Permanent link to this article: https://storyluck.org/moving-on/