Storytelling Links of the week

“I’m going to bleed all over the CTA,” I announced at last month’s show.

Bonnie was quizzical. “You should probably get a performer’s license.”

I nodded and made a mental note to check it out. Bonnie did work for the CTA after all. She would know.

As it turns out, a performer’s license costs $100. I decided to take my chances.

This month’s task was “play a game of telephone on the train.” Before I started this show, I went to a lot of potlucks, and I had a black duffel bag I used to carry all the food on the CTA. The rides were long and boring, so I entertained myself by talking on my cell and pretending I’m delivering kilos of uncut cocaine. Either my acting was terrible or people had no interest in a serious looking Chinaman carrying a bag of what could be cocaine, and my CTA theatrics went without eliciting any reaction. Anyhow, I thought it would be interesting to see what it would take to snap people on the CTA out of their personal isolation bubbles.

My original plan was to buy some pig blood and drench the bottom of my messenger bag in it. It’d be noticeable, but subtle. After walking my friend Marcy to the Color of Violence conference, I walked back to Chinatown, intent on purchasing pig blood. 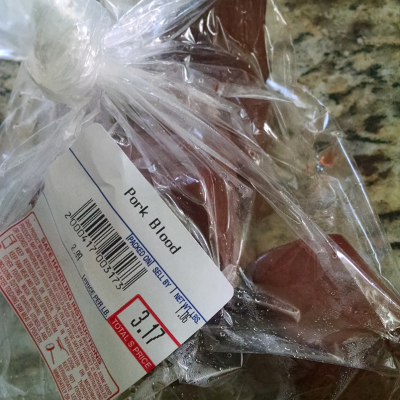 Oops. Congealed. It was delicious though. Undeterred, I made some fake blood out of corn syrup, red food coloring, and cocoa powder. I thought it looked pretty good. 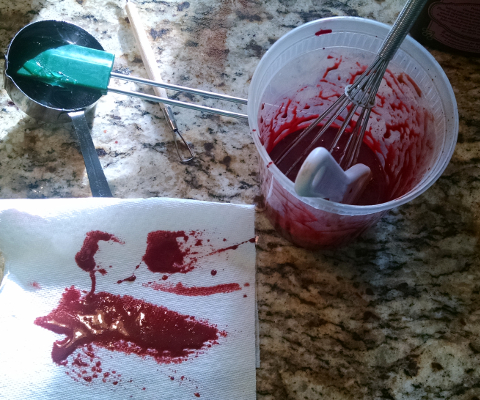 I carried the container of fake blood with me to meet Dan and McKenzie. We had lunch together, but as we finished our dishes, I was becoming increasingly uncomfortable with the prospect of carrying out what I had originally conceived. “I don’t want to do this, guys,” I confessed.

We went back to McKenzie’s place, and I was at a loss as to what to do. I tried to analyze why I wasn’t able to do it. Was it the danger of getting arrested? No, I was initially thrilled by the possibility of arrest. Was it that I’d ruin one of my favorite messenger bags? No, things are just things. Was it because I think people wouldn’t notice? No, whether or not people noticed didn’t really matter to me.

And then it hit me: potentially spooking people on the train with fake blood is against my nature. The person I am today is not the person I was 2 years ago. These days, I want to bring joy to people, to make them smile instead of making them scared. With that in mind, we went to Plan B: Telephone. 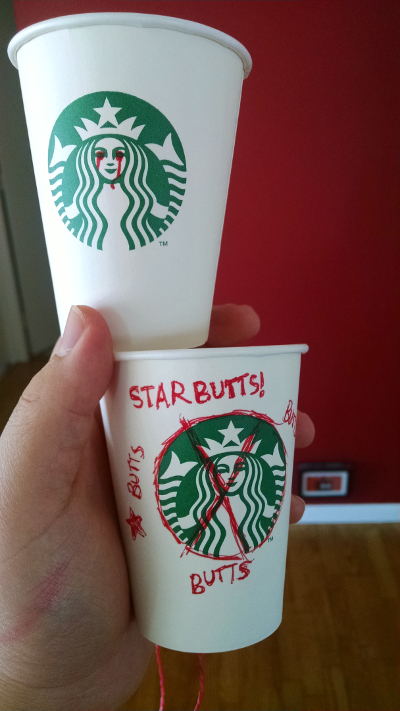 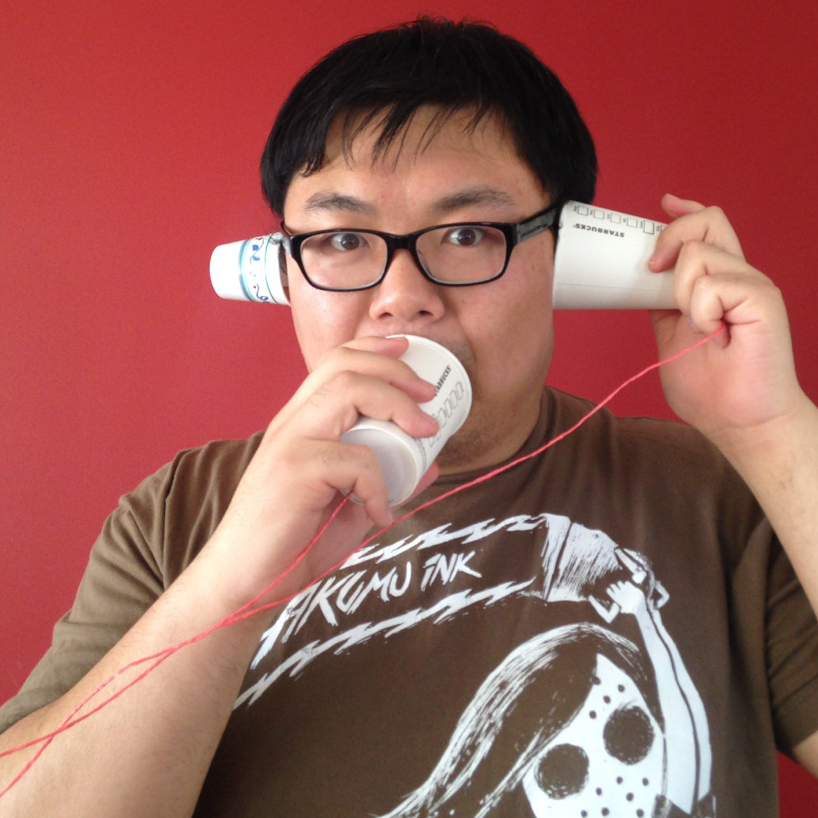 We got on the train at the Sedgwick stop. It was a Saturday, so the train wasn’t too full. After the train started moving, I took out the phones. People smiled. Two girls who were taking train selfies started taking pictures of the telephone. A couple passengers played with the phone. One remarked that the reception was excellent. 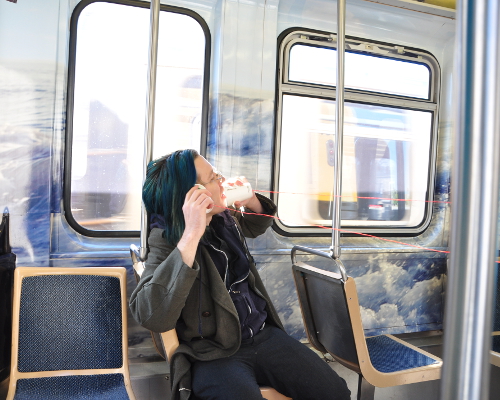 Much better. I still feel a little bad for not executing my original idea, but this show is not about me pretending to be something I’m not: it’s about me being me. Is it narcissistic? Sure, a little bit, but next time I should think a little bit more about what I want to do before I tell people.

Permanent link to this article: https://storyluck.org/warm-reception/