StoryLuck is always honored to have storytellers share their tales but we aren’t the only podcast who gets to hear amazing stories every month.  Here are my favorite five of the month:

1. The Moth: what I liked about The Moth is the founding story from George Dawes Greene’s life. Sitting outside telling stories with his friends prompted him to want to expand storytelling all together. I like how fast The Moth grew because of the people interested to tell and listen to different stories. I like hearing about how small The Moth started off to become a podcast that started on a porch in Georgia and made it to New York.
http://themoth.org/

2. StoryCorps: I like how different StoryCorps goes about getting new stories. They get interviews from people and record and store them. I think it is a cool way to preserve stories in the moment and gather the words and emotion behind what was said. I think StoryCoprs is obvious in what they want to get out of storytelling with diversity and vulnerability. The vulnerability of StoryCorps is what attracted me the most to their version of storytelling, to broaden different points of view in a world that everyone shares together.
http://storycorps.org/

3. Risk!: “where people tell true stories they never thought they’d share in public.” What I liked the most about the website was what the fans had to say about Risk! There is a lot of positive feedback and I think it is because the stories told are not sugar coating anything. The good, the bad, and the ugly is expressed to give people a different point of view. I like how many of these podcasts are based on a true story, because what people go through in real life is sometimes more complicated than anything a writer can make up. Everything is laid out on the table with Risk! Which is what I think adds to the appeal.
http://risk-show.com/

4. True Story: I like how with True Story the stories told are told by themes. The thought of “ordinary people” is intriguing to because it’s not writers or authors in anyway but people who dress up to tell a story. True Story also gives people a chance to host their own podcast and upload it to their site, which gives people more control on what story they want to tell and how they want it to look.
http://truestorytime.org/

5. Love + Radio: two things stand out about this podcast- musical backdrop and on the radio. A radio station is a good way to get more people to become involved to they would just need to call in to tell a story or listen to someone else’s. Also, having a musical backdrop to a story can add to the mood and emotion of the story being told. Being on the radio doesn’t give the audience a chance to see who is speaking which also gives the audience the opportunity to be apart of the story by making up what the characters look like from their own point of view.
http://loveandradio.org/ 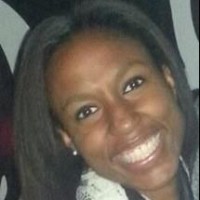 Permanent link to this article: https://storyluck.org/some-podcasts-worth-checking-out/