Enjoy June with These Storytellers

A Month Of… I Don’t Know You, but You’re Great!

4 Places to Visit for the Chicago Bibliophile

While it always seems like there’s so much literary history in other cities like London and New York with the Sherlock Holmes’s and the Jay Gatsby’s, Chicago has it’s own rich history of famous authors and attractions that celebrate this history. The following are four places to visit this summer for the bibliophile looking for a non-fictional literature experience.

Originally named the Attic Club, the Cliff Dwellers is a literary club for Chicago local artists. The 1907 organization is now located on Michigan Avenue and over looks Millennium Park and the Art Institute. Their rustic library and dining room are only open to members. However, they host several events each year that are open to the public and are a great way to check out the facility without paying the membership fee. A three-month trial membership can be attained for $150, which may seem pricey, but with access to their art exhibits, literature events, and book clubs, the trial might be worth it. You can read more about the organization on their website.

Known mostly for his time spent in Paris after World War I and his residency in Key West and Cuba, it is easy to forget that Ernest Hemingway was actually born in Oak Park and attended Oak Park and River Forest High School. His home has now been converted into a museum that’s open every day until 5pm. Admission is only $10 for adults and less for children, seniors, and students. The exhibit includes old family photos and artifacts as well as early writings of Hemingway. Several rooms are open to the public including the family library and Hemingway’s boyhood bedroom. More information about the museum and Hemingway himself can be found on the museum website.

Based off the Erik Larson true crime novel of the same name, the Devil in the White City Ghost Tour will show participants the Victorian age Chicago of the novel, taking them to locations like the Colombian Exposition Fairgrounds, the Jackson Park Lagoon, Midway Plaisance Park, and more. The three-hour tour costs $34 and runs Sundays from 3-6pm. Reservations are necessary for this popular tour. Since the movie rights were purchased for adaptation by Leonardo DiCaprio a few years back, it’s likely that the franchise will receive hype and prices will rise. It would be smart to take the conveniently local tour now while the weather’s nice and the prices are relatively low. 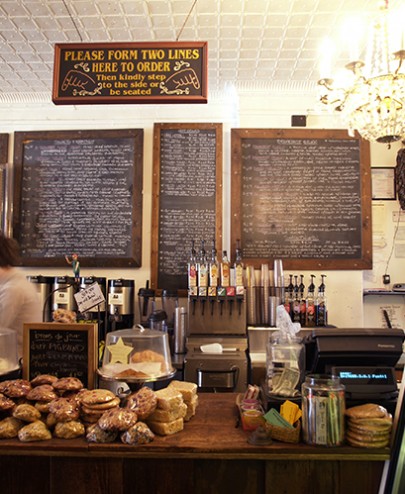 While not entirely enriching in academic value, the Bourgeois Pig Café is a palatte-enriching way to indulge your literary tendencies. They serve sandwiches, soups, salads, and baked goods, but the catch is that they’re all named after classic novels. Take the “Hamlet,” a decadent sandwich made of ham, Brie, Dijon mustard, and other toppings, or the “The Great Gatsby,” which is a “twist on the classic club.” Most items on the menu are reasonably priced between $7-15. Although they do offer delivery, the best part of the restaurant is the ambiance of the bookshelves and the rustic décor that gives the place the feel of Gertrude Stein’s parlor in Paris. Definitely worth checking out for any literary foodies.

Permanent link to this article: https://storyluck.org/4-places-to-visit-for-the-chicago-bibliophile/