My first attempt at this task failed. I wanted to call an old friend in California, but he’s still not picking up his phone. From what I understand, he doesn’t pick up his phone no matter who’s calling. I think he’s writing a novel.

This guy’s name is Jose, but he goes by Cuba because that’s where he’s from. All the heroin addicts call him Papi because his little patchwork shack in the park is always open to them. He has a sharps container for their needles, and enough doses of Narcan (a heroin antidote) to snap anyone out of an overdose. Until recently he also had a rooster named Garfield (after the park), but animal control took the little guy away.

A couple months ago, I discovered that Cuba had started doing heroin himself. Maybe he’d been doing it for a while before that, I don’t know. My visits, which were already becoming less frequent, dropped off almost entirely.

After a month or so, I visited him with a friend, and he seemed much better. He told me he’d been scared straight by an infection in his arm (a la Requiem for a Dream). He asked for antibiotics to help treat it. When i brought him the pills the next day, I found him shooting up.

That was the last time I visited, until today. On Friday night he called me from a burner phone. I let it go to voicemail. On the answering machine he talked low, in his thick accent, sad. He said “I miss you, son.” He apologized, as he’d apologized before.

I wasn’t going to visit him, but I had this task to do. So today I dragged myself out of the house and made the trip, across the park, through the moist, overgrown jungle on the peninsula in the park, to Cuba’s house. He has a new rooster. Someone bought it for him, knowing how much he likes them. 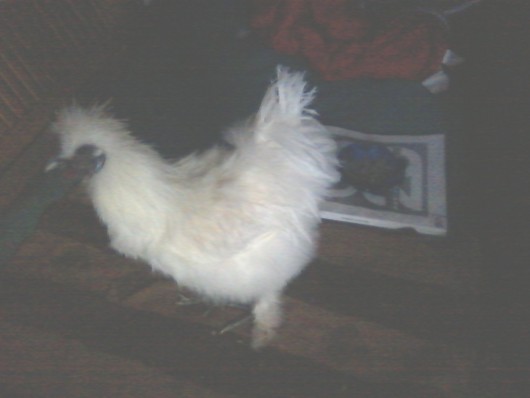 He seemed fairly lucid, but I’ve given up trying to tell if he’s clean or not. We talked about the rooster, which was young and hadn’t yet developed hand-beak coordination. We talked about my writing, about the people I’d brought to visit before, about the things he does for work. He rolled a cigarette in a torn-off piece of a brown paper bag, and we laughed at dumb jokes.

I expected some kind of dramatic confrontation. Some kind of acknowledgement of the last time I’d seen him. But I guess stories don’t always work that way. He’s still Cuba, still my friend in the park. He’s even got a new rooster. I guess it’s good to have certain things stay the same.

Permanent link to this article: https://storyluck.org/mending-bridges/