A Month Of… I’ve Never Met You, but You’re Great!

The Cruel World of Middle School 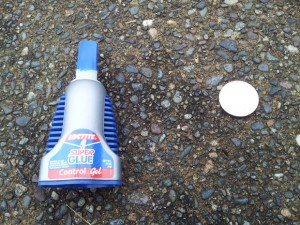 I’m a middle school teacher and a daily witness to some of the coolest, most awesome moments, but also some of the cruelest. Middle school can be an awkward place where everything you do is judged by your peers, parents, and teachers– or at least it can feel that way. So, I decided, why not add fuel to the fire– glue some quarters to the ground and see how different kids react?!

In the technological world we live in, many people say the true nature of a person is revealed by how they deal with a slow internet connection. Gluing a quarter right by a soda vending machine on a hot, sunny day amidst tweens on their second to last day of school is pretty telling and priceless as well.

My favorite reaction among the swear words, attempts to break it free, and defeated countenances as they walked home thirsty and empty handed was the boy who stuck around to warn the others. “Nah, don’t even try, it’s glued.” I like seeing people look out for each other, it’s nice. While amusing and certainly a study in sociology, I still think it’s on the crueler than cooler side. The “gotcha” moment isn’t really satisfying, at least for me. 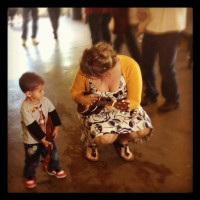 Permanent link to this article: https://storyluck.org/the-cruel-world-of-middle-school/