A Month Of… Bugs!

A Month Of… Love Letters

The completion of this month’s task brought me to an unlikely place. 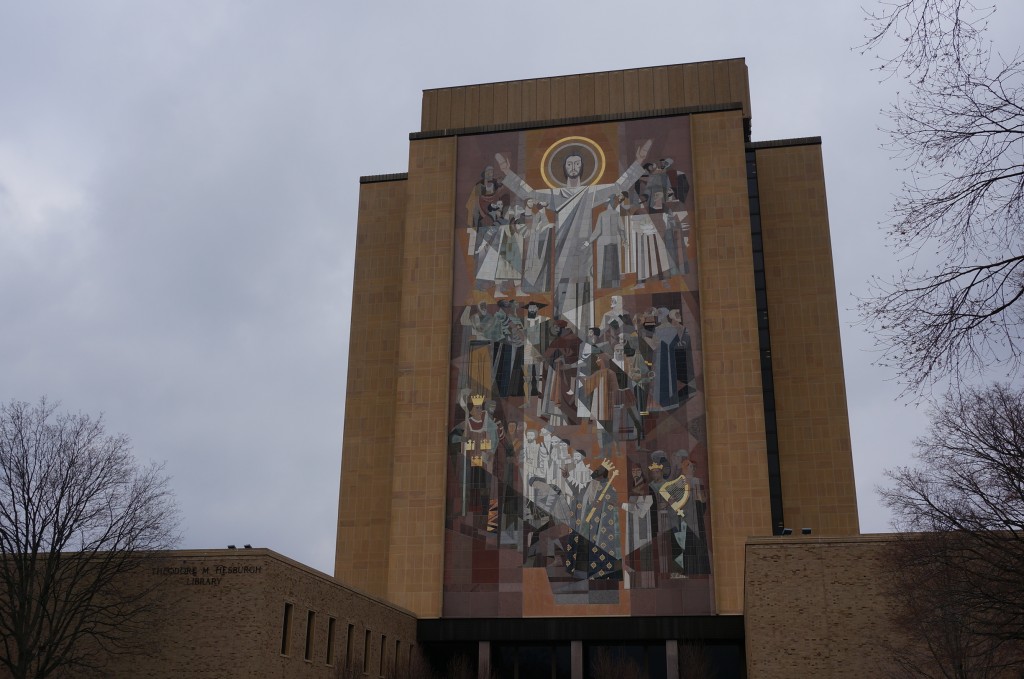 Tucked away from the gilded dome and Touchdown Jesus, the biology building at Notre Dame is an unremarkably squat, rectangular brick building. There, my friend Matt is working on something that will hopefully make the world a better place. 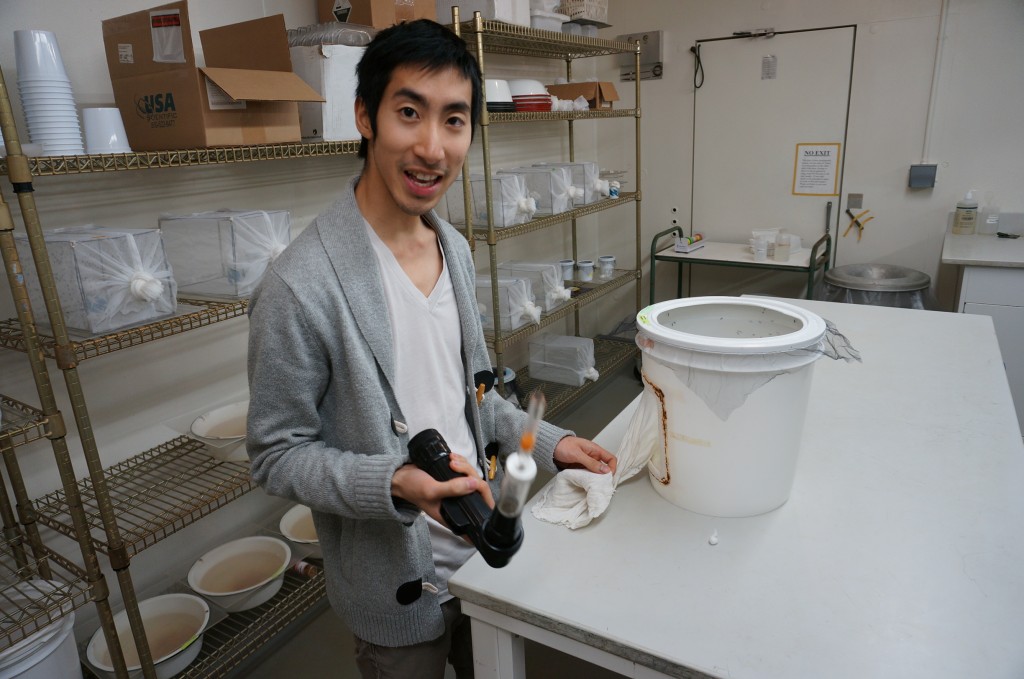 Matt is studying mosquitoes. Aedes aegypti, the yellow fever mosquito, to be more specific. As its name suggests, Aades aegypti is a common disease vector. Yellow fever once wiped out one-tenth of Philadelphia’s population in 1793. Today, there are about 200,000 cases and 30,000 deaths each year. Those who contract yellow fever experience fever, chills, nausea, muscle pains, and liver damage, which gives the skin of the afflicted a yellowish hue. In addition to its namesake yellow fever, the mosquito also spreads dengue fever. Victims of dengue fever experience fever, severe muscle and joint pain (dengue fever is sometimes dubbed breakbone fever), skin rashes, and, in extreme cases, rapid blood loss. 2.5 billion people are at risk of contracting dengue fever, and dengue infections number between 50 to 100 million cases each year.

Aades aegypti infestation is widespread, and there is no vaccine, no treatment, and no cure for dengue fever. Therefore, efforts on controlling the disease have been centered on prevention. Traditionally, the prevention of dengue fever is done by either minimizing feeding opportunities (usually through chemical repellents, thick clothing, and/or mosquito nets) or controlling the mosquito population. 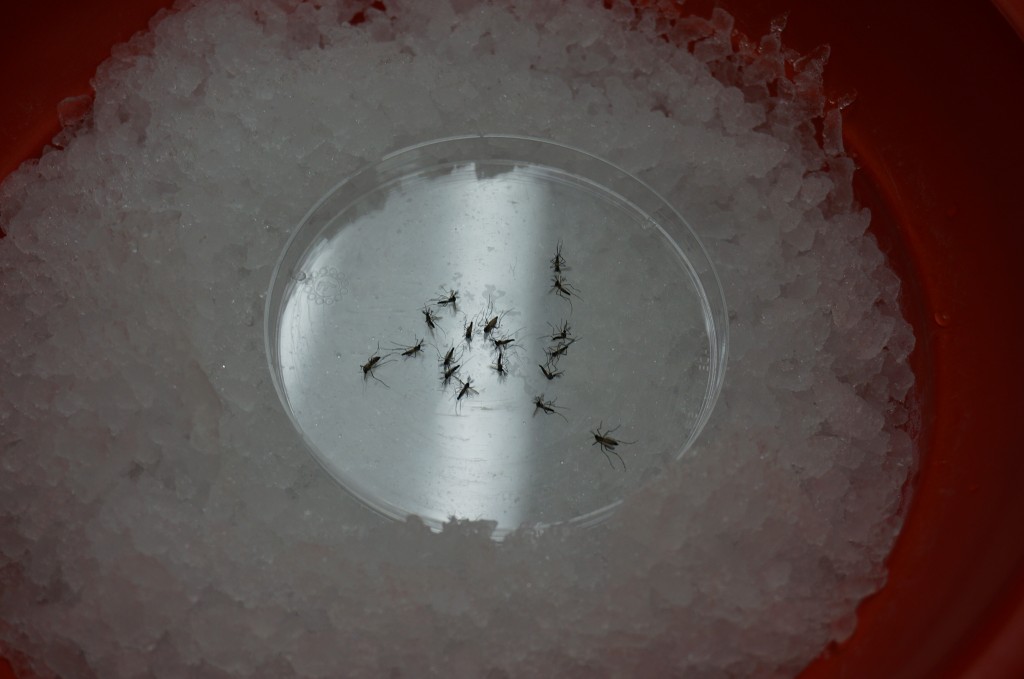 Matt is probing the nature of this resistance. To those of us with a basic handle on biology, the key lies in the genetic code of aades aegypti. However, identifying the “genetic switch” for dengue resistance is much more difficult in reality. In fact, there is no simple genetic switch, and our knowledge of Mendelian genetics and Punnett square is patently outclassed at this level. Aades aegypti DNA contains approximately 15,000 genes, and the genes interact with each other in numerous series of overlapping pathways.

When Matt finds the genes dictating dengue resistance, the war is still far from over. The next step would be to create a transgenic population of dengue-resistant aades aegypti and release them into the wild. However, in order for dengue-resistance to spread within a wild population, the dengue-resistant aades aegypti must be granted some sort of fitness benefit so that their genes will propagate more successfully. The introduction of transgenic specimens into a wild population always carry some risk, as it is difficult predict, and even harder to control, the outcome outside the laboratory. Furthermore, there exists multiple serotypes of the dengue virus, and resistance to one serotype doesn’t necessarily grant resistance to the other serotypes.

Matt spends a lot of his time breeding and feeding mosquitoes. He starts with a batch of eggs on a strip of paper towel. The eggs look like black specks and are desiccant-resistant. Put the eggs in water, and larvae will emerge in about a day. The larvae will go through 4 larval stages before becoming pupae. Adults emerge 7 to 8 days after hatching, after which they live for 2 to 4 weeks. 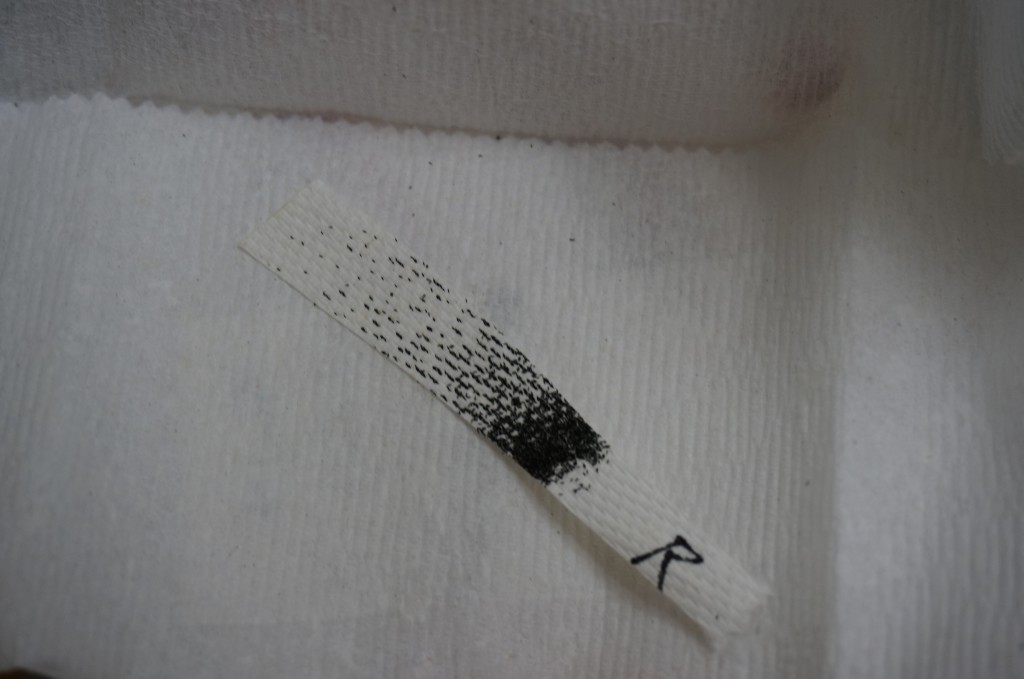 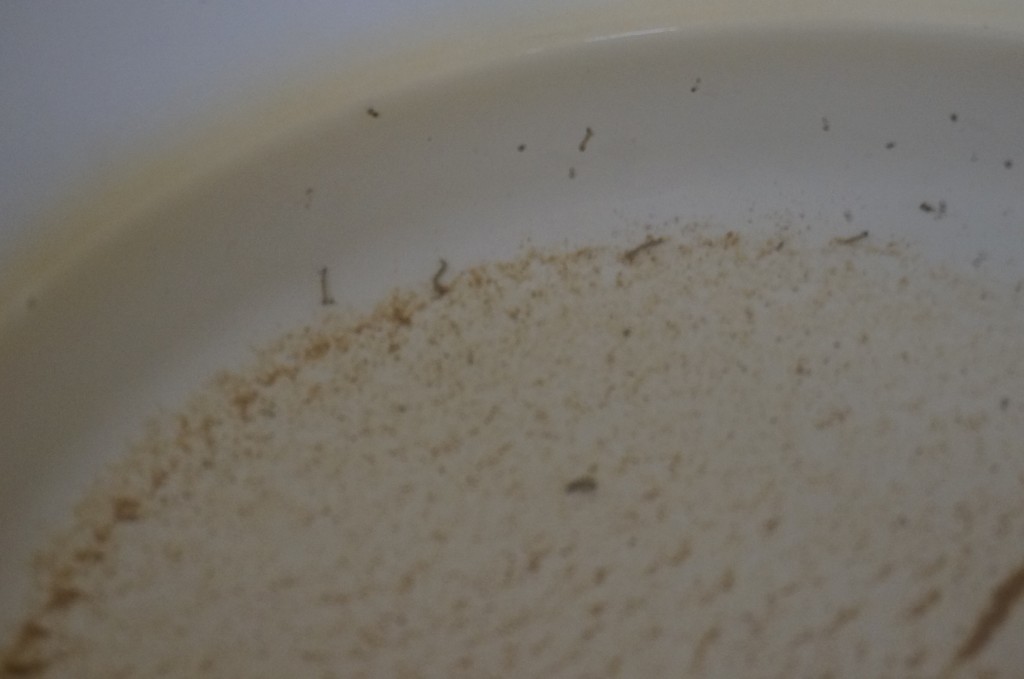 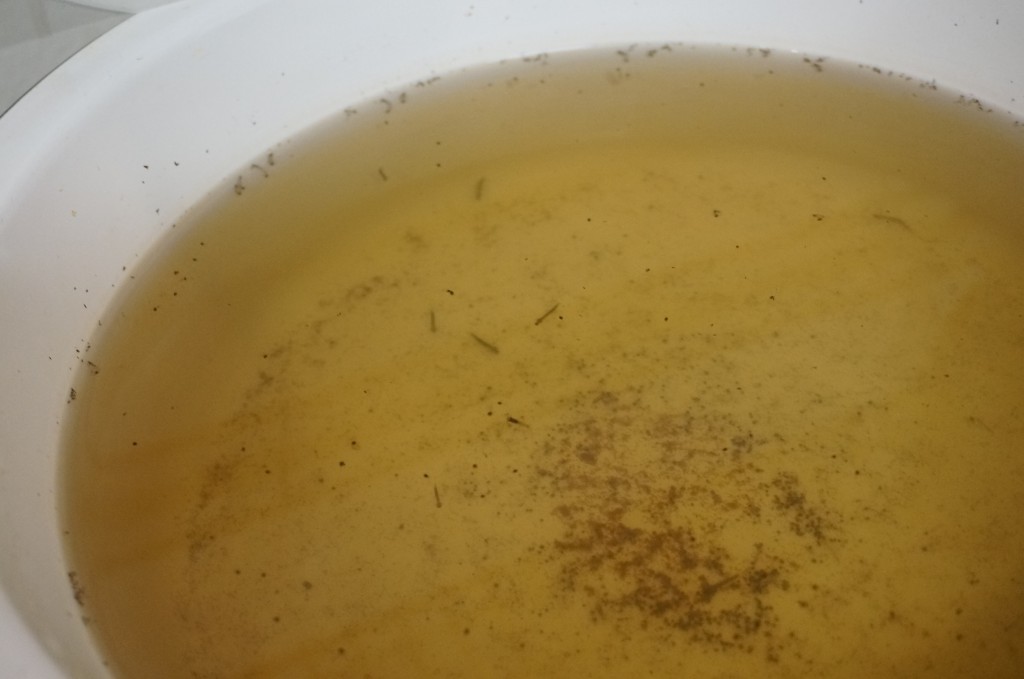 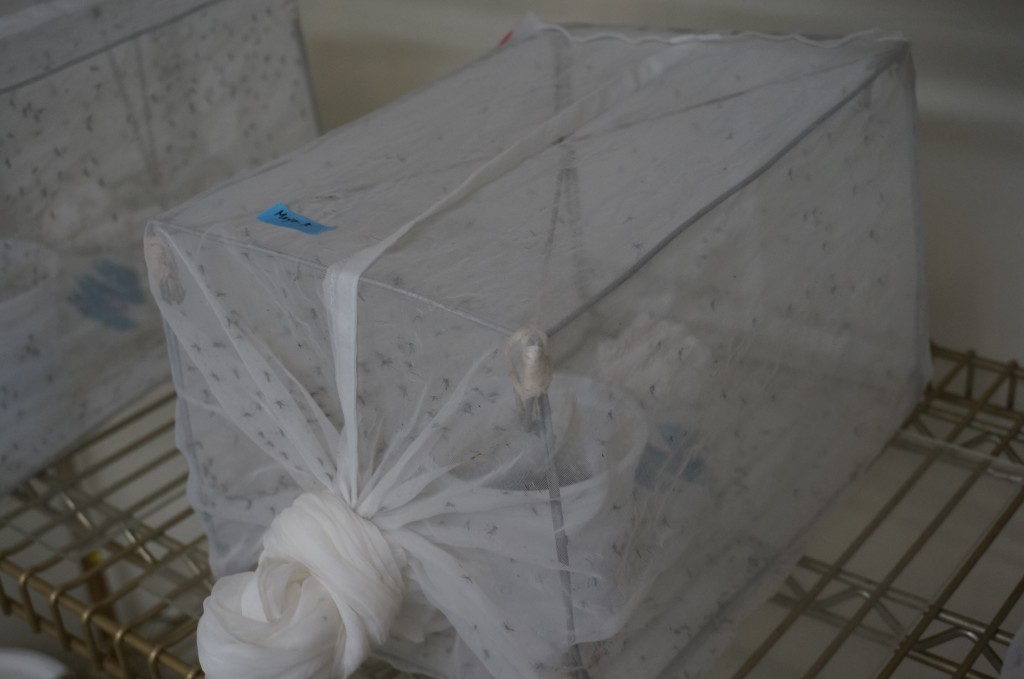 Matt is only interested in the females. He would let the females take a blood meal (usually from mice, but occasionally from himself) and then dissect them and study their midgut.

Mosquitoes are responsible for carrying some of the most infectious and deadly diseases. Malaria, a parasite that uses mosquitoes as vectors, killed over half a million people in 2012 alone (most were children under 5). Learning to control mosquitoes and mosquito-borne diseases would be a monumental feat in human history, and I’m glad Matt gave me a glimpse of our progress. While there will never be an end to the war between us and the pathogens that affect us (you might be familiar with the Red Queen hypothesis), Matt’s research gives me hope. Furthermore, as someone who has been tormented by mosquitoes throughout his life, it was satisfying to maim a mosquito with my shaky, inexpert hands. 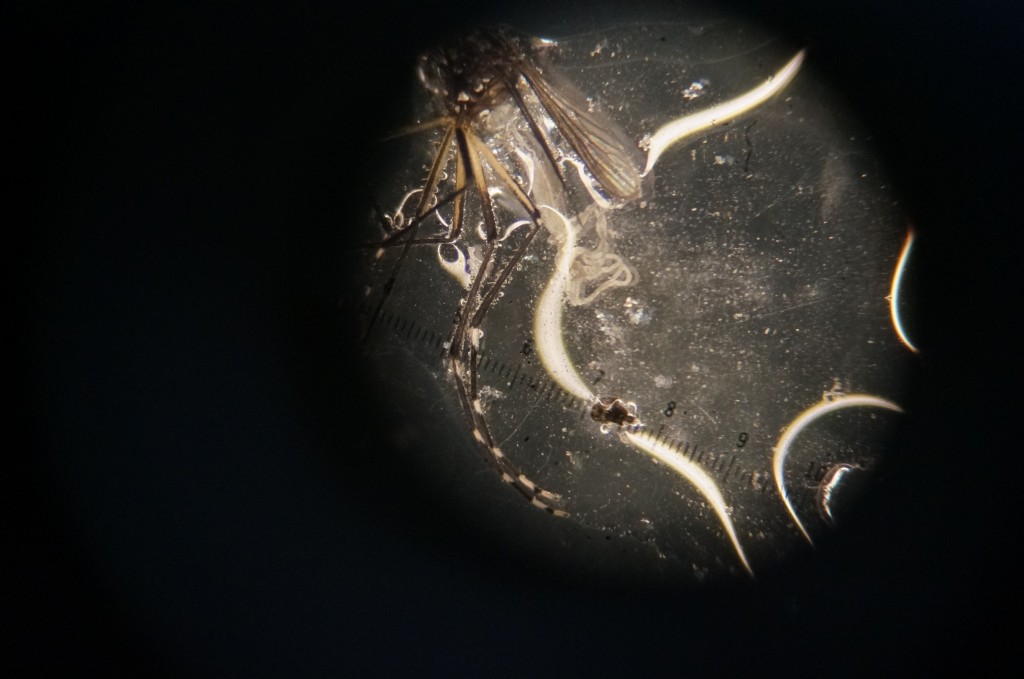 Permanent link to this article: https://storyluck.org/breaking-the-code/