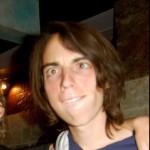 END_OF_DOCUMENT_TOKEN_TO_BE_REPLACED

Those looking for the vegetable-based funk should head down and see Rea Frey and Dawn Jackson Blatner are the Chicago Lit Fest. Frey has been spreading the word about the perks of a vegan based lifestyle; she has a blog, a website, and a documentary – “Vegucated” -, and generally promotes a Power Vegan lifestyle. …

END_OF_DOCUMENT_TOKEN_TO_BE_REPLACED

Permanent link to this article: https://storyluck.org/chicago-lit-fest-highlights-rea-frey-and-dawn-jackson-blatner/