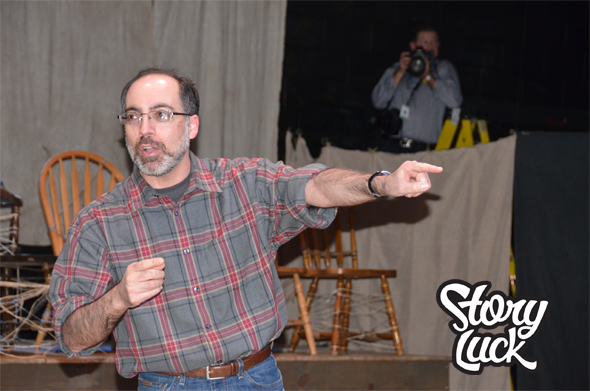 In 1975, a teenager named Owen Kalt learned that his best friend was gay. And in 1975 that was a very big deal. Chicago-based storyteller Owen Kalt has mastered the art of tales humorous, truthful, and sometimes poignant. He will make you laugh as he remembers an unusual friendship in an era when Elton John was still pretending to be straight (and the public believed him).

Tentatively premiering November 1st, Kalt’s solo show, will focus on his childhood in New York growing up with a gay best friend and how the experience shaped not only how others perceived him but also how he perceived himself. His story is one of balancing his acceptance of his friend’s sexuality with his fear of being mistaken for gay – – and the guilt he felt about that fear.

A retired Illinois prosecutor, Kalt grew up in Syosset, NY and went on to attend New York University. Kalt was awarded the End Of Year Prize and given the opportunity to produce this solo show through his participation in Storyluck.org’s live-lit show Story Luck, which is a collective sharing of stories by locals. At that show he consistently received praise from the audience for his humor and honesty in storytelling. He can frequently be seen at A Month Of… and has won the Haymarket Moth Story Slam.

An excerpt of Danny’s Friend has been accepted to Three Cat Productions’s Solo Chicago. He will be performing on August 14th and 16th.

Now Owen Kalt will share his experience from the perspective of an ally in the hopes that he can change the way that he and his Chicago community view the LGBT community.

Permanent link to this article: http://storyluck.org/owen-kalt/