Journey to the End of the Night Summer 2016 Chicago

What was worked on today

I think there is… I don’t know, you look at statistics about start ups and you see things like 4 out of 5 start ups fail within the first five years. I suspect everyone reading this has heard of something similar, right? Having had the privileged to helm Story Luck since it’s founding, I want to say, that’s a very misleading statistic. Just because a business closes shop, doesn’t mean that it failed. That’s sort of been a valuable lesson for us over the last two years of working mostly behind the scenes.

Another lesson is that transparency is hard. “We,” and I put that in scare quotes because it was mostly me, didn’t want to announce things that we were working on until they became a reality. I wanted a minor success before I started getting people psyched… or maybe I just thought how could someone get psyched over a concept… which typing it out now sounds so obviously foolish, I get psyched for any news from my favorite things.

It’s also true that when you’re starting a new project the time it takes to write public progress reports feels like it’s time wasted. There’s a million things to work on, and you don’t have a real update, so you wonder, why update at all? You think, just work to get the project on it’s feet. But the truth is, writing, validates your ideas and the work you’ve done so far. Writing about it, telling people about it, gives you incentive to finish, and allows you to reach people who might be willing to help. So even if it’s hard, we’re going to do a much better job of it.

We are committing to making daily updates.

One down, a lifetime of them coming your way. 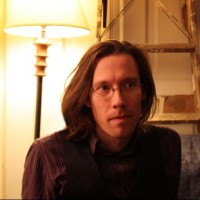 Works for Story Luck as a writer and producer. Currently hosts Tertiary Delight along with Priyanka Das.

Permanent link to this article: http://storyluck.org/wow-a-new-post/