5 Summer Storytelling Events Worth Checking Out

Rea Frey: She has no time for excuses or animal products

Those looking for the vegetable-based funk should head down and see Rea Frey and Dawn Jackson Blatner are the Chicago Lit Fest. Frey has been spreading the word about the perks of a vegan based lifestyle; she has a blog, a website, and a documentary – “Vegucated” -, and generally promotes a Power Vegan lifestyle. Her blog will teach you how to craft a rad vegan sandwich (avocados prominent), when not to bounce your baby (immediately following feeding), and will make the word vegan cool again (perhaps “veg-cellent” could catch on?) You may have noticed the Cubs don’t have the best record, but have you noticed their great complexion and defined glutes (looking at you Anthony Rizzo)? It’s safe to say their team dietician should be thanked, and you’ll get the chance to do so in person when Dawn Jackson Blatner is at the Lit Fest. Blatner promotes a flexitarian lifestyle; which is not about stretching your hamstrings, but your diet. She focuses on pragmatic alterations, as opposed to dramatic upheavals, in order to improve one’s diet. Not to mention that Monica Eng will be there. She is always revealing the hard truths (CPS cafeteria food want for nutrients), and happy moments (legal momentum for food trucks), in the Chicago food scene. In addition to all that her voice is more pleasant than a kale salad on a hot day, something these authors know a thing or two about. The event runs from 10:00 – 10:45 on Saturday, June 8th. So head down if you want to chew on some new ideas about what you should chew on. Rea Frey’s Website Dawn Jackson Blatner’s Internet Abode Monica Eng’s Website 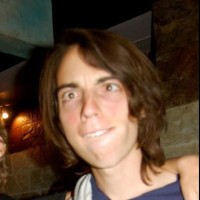 Permanent link to this article: http://storyluck.org/chicago-lit-fest-highlights-rea-frey-and-dawn-jackson-blatner/